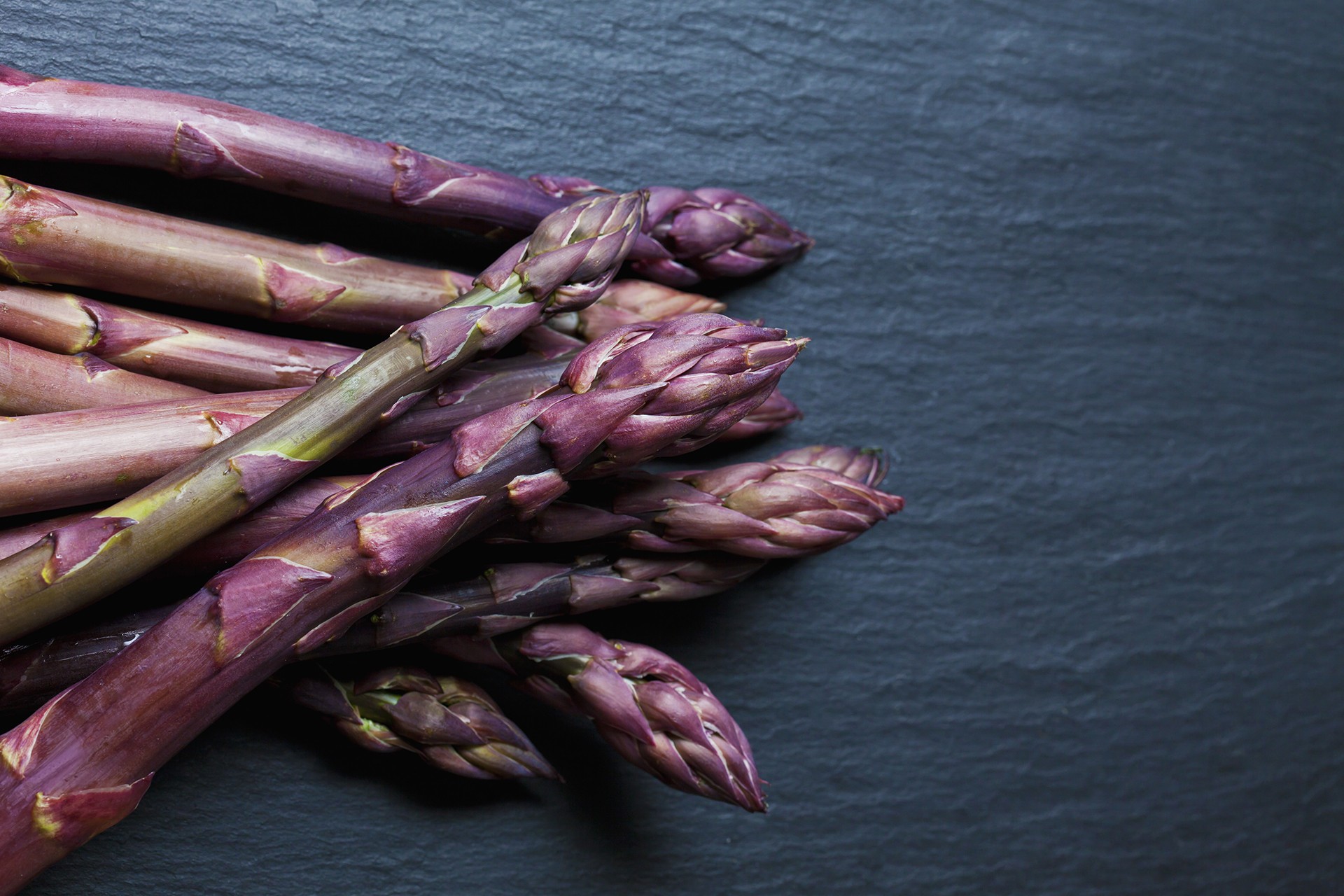 Crêpes with Albenga purple asparagus, ricotta and shrimp: a creative dish for your Easter menu.

Albenga purple asparagus is a particularly highly prized variety, not just because of its color and extra large buds, but also its unique flavor. There’s evidence of purple asparagus dating back to ancient Mesopotamia. In previous centuries, different types of purple asparagus grew across the plains of Albenga, but many have now disappeared to make way for more profitable crops. The variety that’s grown commercially today dates back to the 17th century, and was the result of a series of genetic variations that eliminated undesirable traits, such as thin stalks or bitterness.

Although people have attempted to grow it in other parts of the world, from California to New Zealand, the ideal terrain for purple asparagus is a floodplain, with a deep layer of sand and silt like the Albenga plains. Production there has decreased drastically compared to the first few decades of the last century, but its strong link with its territory led it to be added to the list of regional agricultural products (Prodotti Agroalimentari Tradizionali or PAT).

Purple asparagus is one of a kind— it is soft and creamy and tastes slightly sweet and fruity. It’s also less fibrous than other asparagus varieties. To really appreciate the flavor, it’s best to cook it without salt and be careful not to overcook. Ideally, have it with olive oil or as a side to other delicately flavored dishes, like white meat or fish. The best way to bring out the flavor is to eat it boiled, steamed or raw. Excellent with parmigiana, with or without eggs as a side to pearl barley and shrimp.

Did you Know That?

The best time to eat this vegetable is during its harvest, from March to June. It’s best eaten when still fresh, possibly even the same day it’s purchased. The harvest season, which coincides with Easter, means Albenga purple asparagus can add a touch of color to the Easter table. It could also be used as a new take on the famous crepes with asparagus and ricotta, a typical springtime meal. 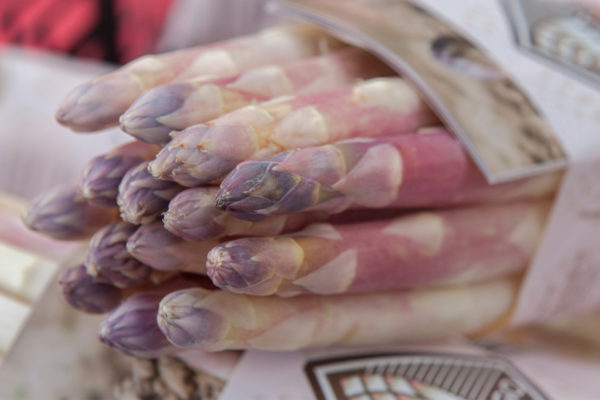 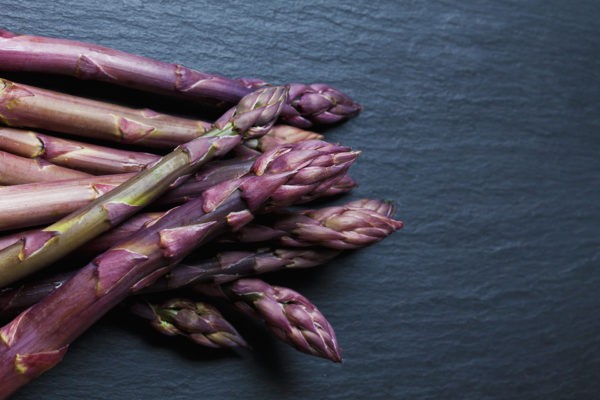 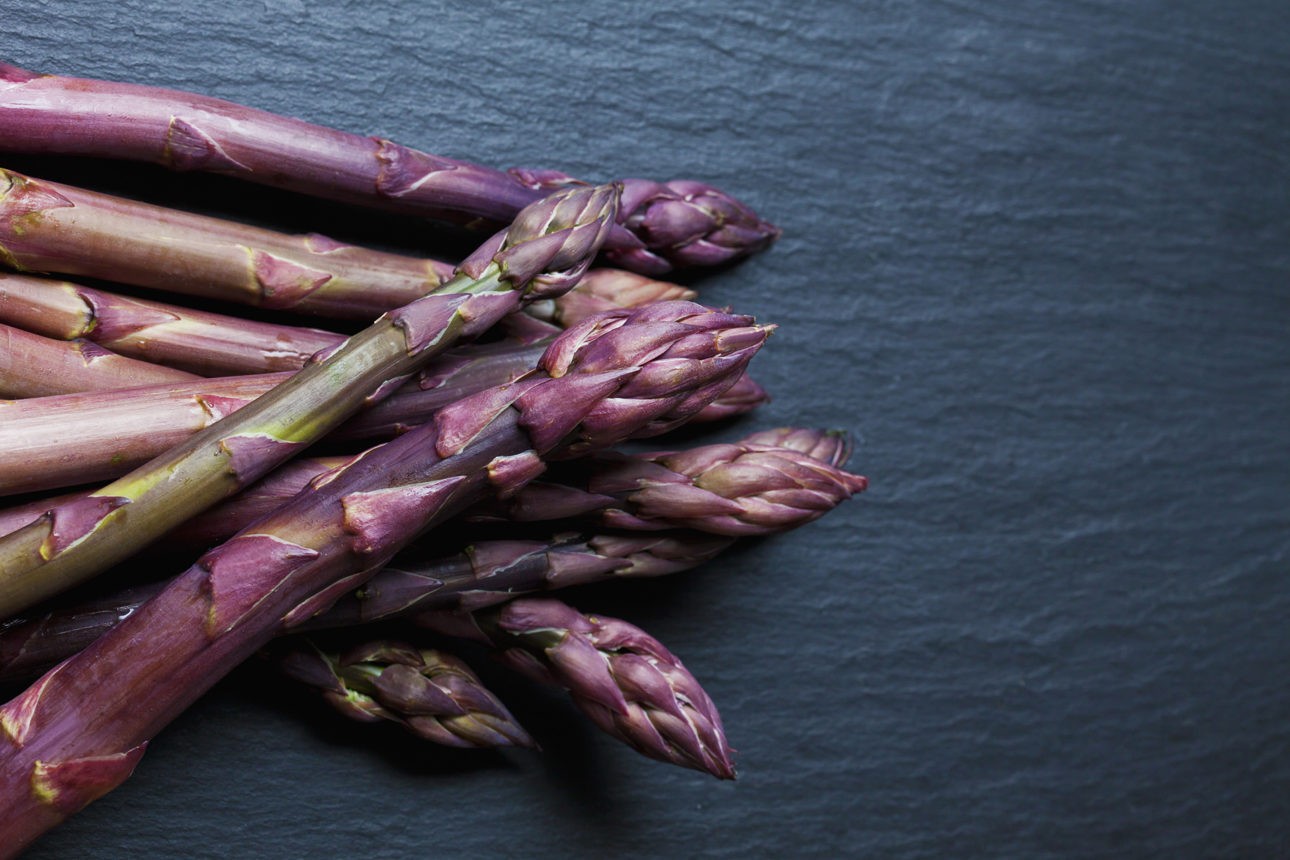