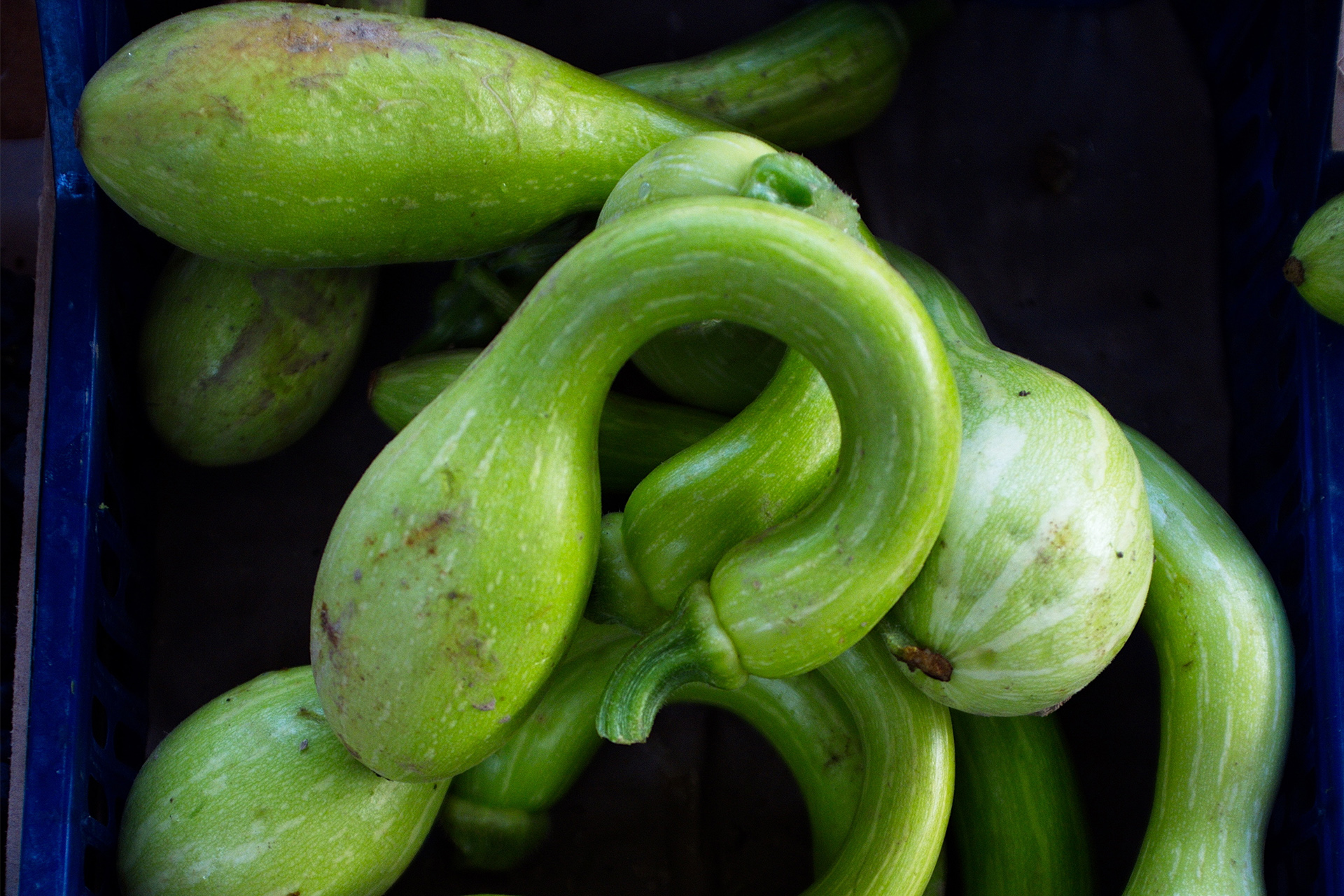 A delicately flavored squash, perfect for a light pesto.

The trombetta di Albenga crookneck squash from the Riviera di Ponente in Liguria is an annual climbing plant from the cucurbitaceae or gourd family, specifically from the Cucurbita moschata species. Some have traced the origins of this squash back to North America, which were then imported to Italy by Ligurian sailors. Today, they are still cultivated in Texas, Florida and Mexico, while in Italy they can be found in Liguria, especially in the Albenga plains. They are also known as “Albenga squash” or “Albenga climbing squash”. Along the coast of Savona, the crookneck squash is also known as the trombetta della riviera, and around Ponente it’s known as the queen’s squash. They are delicate and light green, and easily recognized by their unique umbrella-handle shape. Crookneck squash is a very high quality product, but can be hard to find. This is because their shape makes them hard to package and transport. So if you want to try them, it’s best to come to Liguria or go straight to the producers.

Crookneck squash are more delicately flavored than traditional squash, and stand out because of their crisp texture and dense flesh. Their peculiar shape makes them difficult to fill with any stuffings, but they lend themselves to thousands of other recipes. For example, they can be cubed, lightly battered or floured and then fried, then served as a fun appetizer or side dish with drinks. For people looking for low calorie recipes, try them steamed or boiled, then drizzled with a bit of olive oil. This makes a great side dish with fresh, delicate cheese. In the areas where they’re produced, crookneck squash the main ingredient in ‘torta sanremese’ — a savory tart that includes ricotta, cheese and rice, all baked into a crispy crust.

In Liguria it’s common to eat crookneck squash before fully ripening, but they are also excellent when they’ve reached peak maturity and become orange. This coloring is why they’re sometimes known as Albenga pumpkin. The flowers of the crookneck squash are bigger than those of a typical squash or zucchini. They’re bright yellow and are edible–perfect for being stuffed, maybe with soft cheese and bits of ham, then baked in the oven. Their delicate flavor is probably what makes this variety go just as well with seafood as it does with ingredients from the land. In Ligurian cuisine, from fritattas to pasta and from purees to pies, trombetta di Albenga crookneck squash are found everywhere. 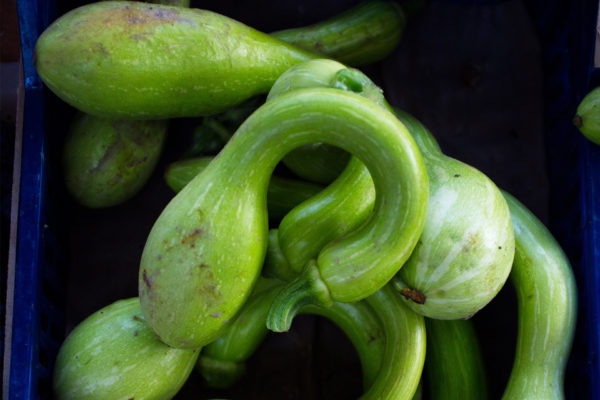 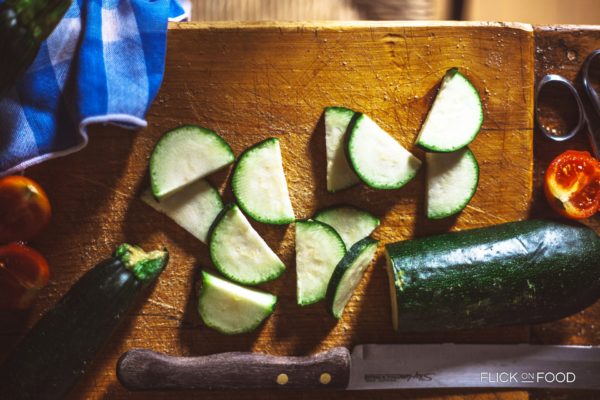 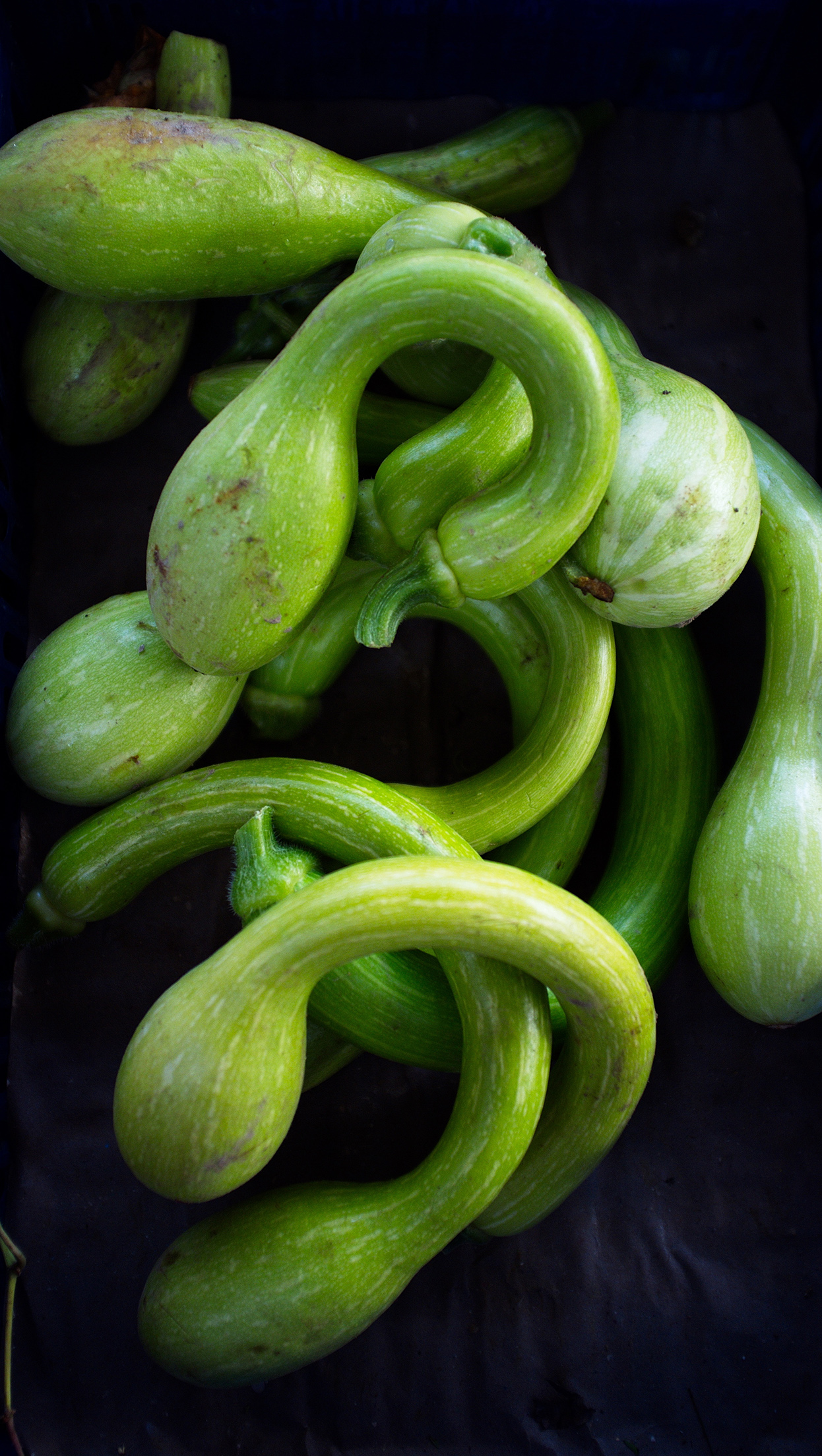