Instagram kit and social menu: The rise of restaurant 4.0 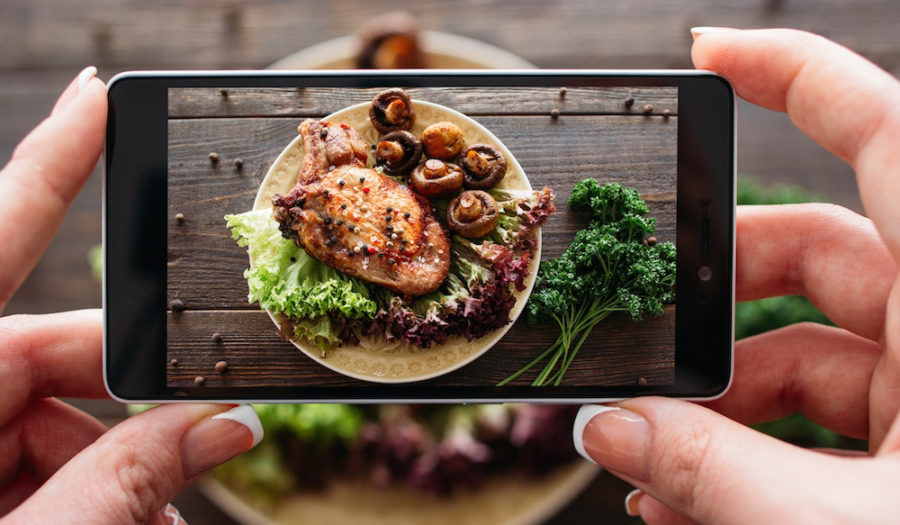 What do unicorn-flavored ice cream, bizarre blue eggs and a hamburger oozing cheesy fondue have in common? Well, they’re all a bit extravagant, that’s for sure. But that’s not all. They’re also incredibly Instagrammable. Because, in the era of social media, food not only has to taste good, it has to attract followers and start trends. Digital menus, popular hashtags, and the way dishes are designed and presented – it’s all increasingly social, and no one can ignore the trends anymore if they want to stay competitive. Among the first to really grasp that idea was Dirty Bones, a London restaurant that goes so far as to offer customers an Instagram Kit during dinner. But now that innovation seems to have truly arrived in the culinary sector, how will Italy – classically renowned for its culinary excellence – react?

Digital transformation is one of the main challenges in running a restaurant. Adapting to customers’ technological demands requires a lot of work on the restaurant’s part, and at this point many still focus their energy on more traditional aspects of the business. But customers today are more demanding: they want to try new ingredients, they love photographing and posting what they’re eating in real time, and they want to feel like they’re in a smart environment where they can experience their meal as a shared moment (on social media anyway!).

The data is confirmed by TheFork and TripAdvisor. On average, 15 millions users use TheFork’s platform monthly to look for restaurants, and there are 535 million reviews on TripAdvisor. 75% of users look for other online reviews before deciding where to go.

Digitalization is bigger than ever, and more businesses are adapting to the change. One interesting project has arrived from America, where the New York Public Library is digitalizing all the menus from New York restaurants from 1840 to the present. This fascinating initiative involves more than 45,000 menus, and 17,000 are free to view on their site. It’s a true testament to the history and heritage of gastronomy.

And Italy? With its incredible culinary tradition, it should really get moving on a similar undertaking. In the meantime though, there are new, targeted solutions being created to help restaurant owners. One such example is Sluurpy, an innovative startup out of Bologna that will digitalize original menus for any business in the food and beverage sector.Even private companies like JustEat are working to promote digitalization. This delivery giant is helping its partner restaurants grow their competitiveness and attract customers through digital means. It recently introduced Order Pad, a new device that integrates tablets and printers for better control of the whole takeout process. The fact that 129 million Instagram posts use the hashtag #foodporn makes it clear that food and social media are inextricably linked. That’s why restaurants are accommodating the trend. One case is Dirty Bones, a London restaurant on Denman street in Soho, which supplies a free Instagram Kit for customers, right at their table.

So what’s in this “Foodie Instagram Pack”? It has an LED light, a tripod selfie stick, wide-angle lenses to clip on your phone, and a multifunction portable charger. The idea is to help people take the perfect pic to get as many likes as possible.

“The people that typically visit Dirty Bones tend to be very active on social media, and on Instagram in particular. This definitely keeps us on our toes, and ensures that we are constantly striving to create creative cocktails and dishes that are both delicious and visually appealing. It’s a fun, innovative approach that takes advantage of one of the quickest marketing tools in the food and beverage sector,” explained Cokey Sulkin, founder and director of operations at Dirty Bones.

Another example is Israeli restaurant Carmel Winery, which created a concept called Foodography. Every item on the menu is served on special dishes that can help you get professional-quality shots from a smartphone. It’s gotten surprising results that are worth over $400,000, between free advertising (through increased visibility on social media worldwide), and a 13% rise in sales.

Restaurants 4.0: how social media is changing consumption and location

LED lights and selfie sticks aren’t quite enough to really spur on the restaurant 4.0 revolution. What’s really needed is a radical change in the approach towards millennials, starting with the location itself and what’s on the menu. According to an annual report by Waitrose Food and Drink in Great Britain, young people between 18 and 25 are 5 times more likely to share photos of food compared to people over 55. That’s why every aspect of the gastronomic experience aimed at this demographic needs to be as social as possible.

Dirty Bones for one isn’t stopping at the Instagram Kit. it has a constant social media presence with over 2100 posts and 24,000 followers. And they monitor their dishes so they can modify their menu based on trending topics on the various platforms.

Restaurants themselves have changed as well. They favor well-lit, smartphone camera-friendly spaces, and choose murals, neon signs, tropical plants, vintage flooring, designer bathrooms, graffiti slogans and chic furnishings that are all just waiting to go viral. That’s in addition to the more technological side of things, from free wifi to the use of tablets to create a more elegant, smart atmosphere.

And the web has an even greater influence than we might think on things like consumer habits, perceptions of food, and shared eating spaces. Just think of the blue eggs launched by British supermarket chain Sainsbury’s, and you’ll see why #eggs is one of the most popular hashtags in the Instagram Food world. And this tool’s power is destined to grow because once the photos are posted and become instagram-friendly and viral, they can make other people want to eat like us. Especially if the people who post them are well known enough to influence lots of young people.