Urban and Vertical farming: Zero Kilometer food for the cities of the future 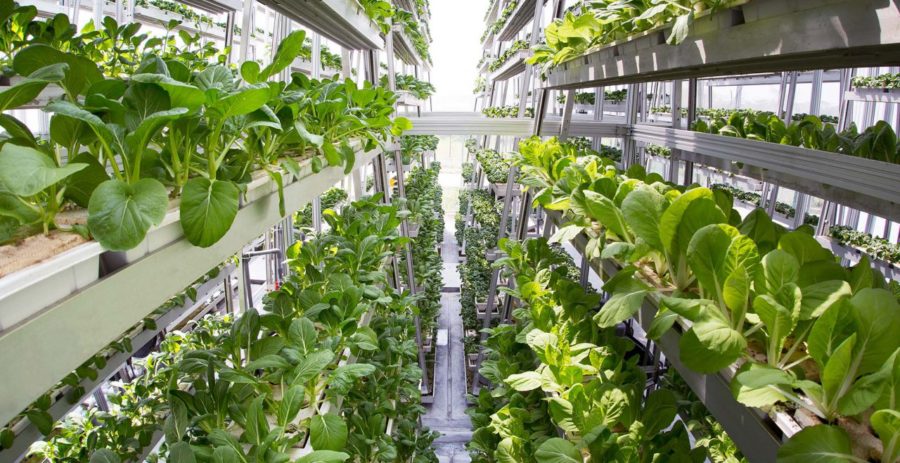 The world’s population is growing: it’s estimated that by the middle of the century there will be 9.7 billion people, and that we’ll need to produce 50% more food than we do at present to be able to feed them all. “By 2050, 7 out of 10 people will live in cities,” said the Mayor of Milan, Giuseppe Sala, during the recent Seeds&Chips summit. So how will this work if arable land continues to decrease? “We need new innovation strategies for the agriculture sector, and to bring it right into urban areas.”

Vertical gardens and indoor agriculture: the hyper-local era has arrived

Agriculture is increasingly moving indoors, and depending less on huge horizontal spaces. The CoolFarm in/store project by Gonçalo Cabrita, for example, uses climate-controlled modules to grow a wide variety of vegetables in very little space, and with reduced human intervention. The CEO of CoolFarm claims that “food will be consumed right where it’s produced: it’s hyper-localism with scalable, zero-kilometer vertical agriculture.”

German companies OSRAM and Agrilution are on the same page –they’re in the field of smart gardening with LED lighting. With a single device, they can grow 8 varieties of plants and manage them by smartphone. The system features a biodegradable organic substratum that can recognize the type of plant present and only activate the nutrients that it needs.

Innovation moves fast in the Netherlands as well. At Certhon, they use an integrated approach between vertical agriculture and transport, cultivating healthy and fresh food in automated greenhouses and climate-controlled vertical gardens. The idea is shared by Philips Lighting, who realized that in greenhouses lit by LEDs, there was 3 times less bacterial contamination, the products were higher quality, and waste was reduced by 60%.

Square Roots, an American project by Tobias Peggs, can teach us a lot about the future of Urban Farming

. To close the gap between farmer and end consumer, he built a hydroponic farming company in the heart of New York. It’s a true revolution in the sector.

But it’s not just about production and sales. We also need to teach these new techniques, which is what CEO of Aerofarm, Marc Oshima, is doing through his farm school built on the roof of an abandoned factory in New Jersey. “You need to get young people involved in biology. That’s the only way we’ll save cities and the environment.”

Smart Cities: self-sufficient metropolitan ecosystems in the next century

The real question we need to ask ourselves is: what kind of cities do we want to be living in 100 years from now? Dirty and crowded ones, or self-sufficient places that are more like natural ecosystems? The choice, once again, is ours. According to Dickson Despommier, professor emeritus at Columbia University, “we need to recycle water, use solar energy, grow food in cities and reduce waste while promoting recycling”.