Synthetic meat on our tables by 2021. Are we ready? 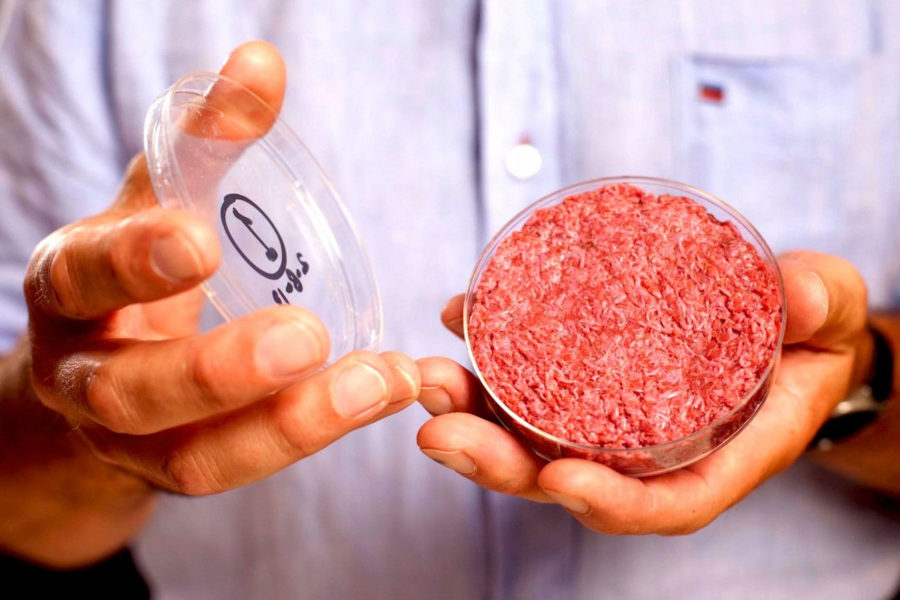 Picture this: meat lovers and vegans all sitting at the same table, eating burgers together. It might sound absurd, but it could actually happen within the next 5 years. This is the challenge set out by the American startup, Memphis Meat, with the creation of a new food that will tick everyone’s boxes: synthetic meat. This cruelty-free product is created entirely in a laboratory, and it’s already getting investments from the likes of Bill Gates and Richard Branson. But a total dietary shift might not be right around the corner: between American lobbyists, high costs, ethical questions and the lack of clear regulations, are we sure we’re ready for synthetic steaks?

In vitro hamburgerS: how are they made, how much do they cost and how do they taste?

When we talk about “synthetic” or “cultured” meat, we’re referring to a product that’s created completely in a lab through a process of  cell extraction and cultivation. It starts by taking a sample of stem cells from an animal’s muscle tissues – which California startup Memphis Meats does with chickens, ducks and cows – and implanting them in special structures where they’re grown until they form muscle fibers that can become burgers or meatballs.

“We aim to produce meat in a better way, so that it is delicious, affordable and sustainable. We really believe this is a significant technological leap for humanity,” says Uma Valeti, cofounder of Memphis Meats.

It doesn’t seem utopian at all that this startup could bring cultured meat into supermarkets within just 5 years, whether as sausages, meatballs, hamburgers or hot dogs. But it does beg the important question– how will they taste? At the Memphis Meats labs, they say it tastes just like real meat. The only difference is that it lacks the flavor of both fat and blood because it’s made of muscle fibers, not a cut of meat. In fact, if you want to produce something that really tastes like a steak, you’d need to recreate the entire system of blood vessels to carry oxygen and nutritious substances. Simply put, you’d need to create a muscle, and no one’s managed that yet. It’s not just difficult, it’s extremely expensive: we’re talking 2 millions dollars per half kilo of meat. Cultured meat opens the food market to new sustainable, animal friendly options. That’s why pioneering startups in the field, like Memphis Meats, are seen as a potential turning point in the history of the food industry. That’s why plenty of well known names count themselves among the investors, from Bill Gates to Richard Branson to Kimbal Musk, along with prominent companies like venture capitalists Atomico, agricultural company Cargill, and even Google.

In fact, since opening just 2 years ago, Memphis meats is already gaining a reputation as the most innovative startup in Silicon Valley, with its sights set on bringing cultured meat to supermarket shelves by 2021. And the founders, Uma Valeti and Nicholas Genovese, have already attracted 22 million dollars (18.5 millions Euros) in investment.

“I’m excited about the investment. I believe that in 30 years or so we will no longer need to kill any animals and that all meat will either be clean or plant-based, taste the same and also be much healthier for everyone,” affirms Richard Branson, founder of the Virgin group.

There are, of course, some who aren’t particularly happy about this food innovation: farmers and meat producers from the big American brands. As it’s widely know, the meat industry in America is one of the most prolific – this alone brings in over 200 billion dollars a year. And business is growing: by 2050 we’ll be eating around 463 million tons of meat per year, almost double what we eat now (FAO projections). That’s why the sector could try to block cultured meat from entering the market.

However, it’s not just a question of animal rights or managing a constantly growing demand – it’s also an environmental issue. Cattle for meat production is responsible for 18% of greenhouse gas emissions and 70% of the world’s water consumption. These numbers could be slashed by turning to synthetic meat.

And what does Italy think when faced with this food innovation? The answer might go without saying: Italy is a nation with strong culinary roots, and regardless of a growing concern about ethical food choices, it’s not ready to say arrivederci to a good steak. A survey carried out by Ipr Marketing confirms this, with a solid 97% of Italians saying they’re against using unnatural techniques to produce meat. The trend is changing though, and there’s a visible growth in vegetarian and veganism. There are now an estimated 7.6% of Italians who don’t eat meat, but who could be interested in an artificial version. (Rapporto Italia 2017).

But this brings up another problem: it still hasn’t been possible to create synthetic meat without killing an animal. The product requires extracting the serum from the fetal blood of pregnant cows in order for the animal cells to reproduce in vitro. So far, they haven’t been able to find vegetable substances to take its place. And that’s not the only problem to solve: no one know how to make steak, because that would mean reproducing actual muscles. In addition, there’s no effective regulation on the production or sale of this artificial meat. So even if we’re on the right path, we still have quite a long way to go.