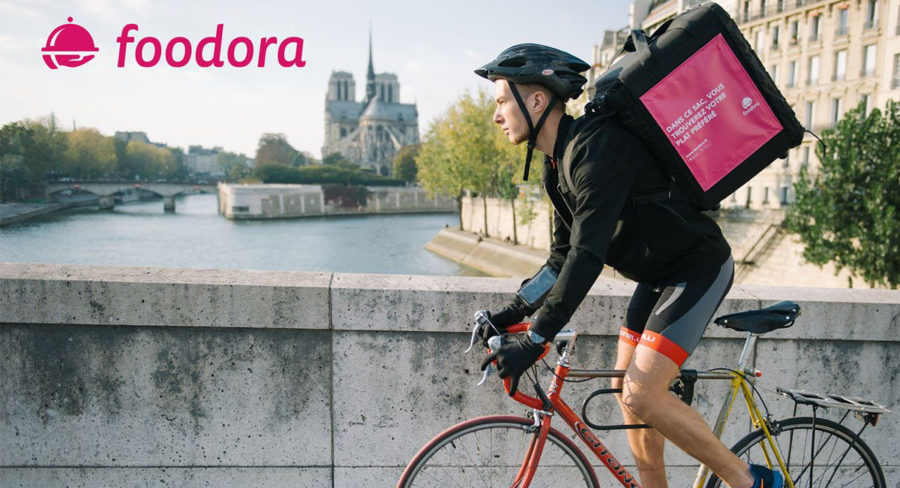 Ministry of Labor Luigi Di Maio’s “Dignity Decree” is an idea to help protect the work of delivery drivers and riders across some of the main platforms in the gig economy. This is a generation that, according to the leader of Italy’s 5 Star Movement, has been “abandoned by the state.” The decree would involve a series of guarantees detailed during a meeting with riders and the main online platforms. A draft of the decree however has unleashed plenty of discontent on the part of many people working in the sector. One of these is Foodora: “If what we’ve seen is true about the dignity decree that Minister Di Maio gave to the delegation of riders he met, I can only conclude that the new government has one goal: make it so that digital platforms leave Italy. What seeps in is a demonization of technology which is unbelievable, almost medieval and is a contradiction of the modern spirit of the 5 Star Movement.” This was the comment from Gianluca Cocco, managing director of Foodora Italy.

The Dignity Decree is a proposal in 7 articles, which was the result of two meetings Ministry of Labor’s held. The first was on the 14th of June with riders from the main online platforms, and the next was on the 18th of June with the platforms  themselves that are big in the gig economy — among these were Foodora, Just Eat, Domino’s Pizza and Glovo. To understand the details of the new features the decree wants to introduce, you need to look at the draft proposal.

The first important feature is regarding the classification of delivery riders, which now, instead of being independent would be defined as employees, even when they use their own transport to make deliveries. It’s not an insignificant change, also because in countries like Germany, delivery drivers are hired with a contract as an employee. The second feature is around the Jobs Act, because the Dignity Decree would also repeal article 2 of the labor reform approved during the last legislature, which specified that in a collaboration, the means, times and place of work are organized by the buyer. But the proposal with the most impact is about retribution: a stop to piecework for services supplied through online platforms like Uber, and the introduction of a guaranteed minimum wage. The Decree also deals with the constant notifications that plague riders daily: it references a “right to disconnect” and an “availability allowance” for workers. On top of these guarantees there’s also a right to holidays, sick days and maternity. These are the main points of the 7 articles that the Dignity Decree would dictate.

Deliveroo and others: why food delivery hasn’t taken off in Italy

There are 3 major food delivery multinationals in Italy. One is Danish company Just Eat, which after being founded in 2000 now operates in 13 countries. In Italy, it’s present in about 20 cities with about a hundred employees, but it doesn’t have its own riders. For that, it turns to third parties like Food Pony or Pony Zero. The company declared that global earnings in 2017 amounted to about €623 million. While last year’s global accounts resulted in a more than positive margin, the same can’t be said of the Italian national market. Just Eat Italy showed a negative gross operating margin, with an overall loss of €2.2 million.

The other big player on the Italian market for food delivery is the Germany company Foodora, present in over 40 countries, which closed at the end of 2016 with income and expenses showing a negative margin of €2.5 million. And yet last year it recorded global revenue of €544.2 million. The third actor in this business is Deliveroo Italy, which in 2016 recorded a negative balance of €4 million.

It’s true that the business of food delivery is losing money in Italy, but it’s a relative figure that needs further analysis, keeping in mind that it’s talking about a young market. For this exact reason, the balance books of these companies are still weighed down by hefty marketing operations and investments into advertising: food delivery needs to be more well known by Italian consumers. In any case, this is a market worth €2 million, where penetration is only at 3%. And in fact, the traditional model of home delivery by telephone still covers 90% of the market in Italy.

In an interview in the Corriere della Sera, Gianluca Cocco, managing director of Foodora Italy, announced that the company may be forced to leave Italy. The reason is that delivery companies are still in startup phase — they’re too new to be able to support contracted employees. Having to hired riders as employees could be a fatal blow to the food delivery business. “There aren’t any profits for Foodora Italy because it’s still a startup business. And our competitors are in the same situation,” commented Foodora Italy’s top brass.

The business of food delivery has great growth potential in a still unexplored market where it could really thrive. We’ll see how the new labor policies mold the gig economy of the near future. Will the economy of small jobs as we’ve come to know it continue to exist?