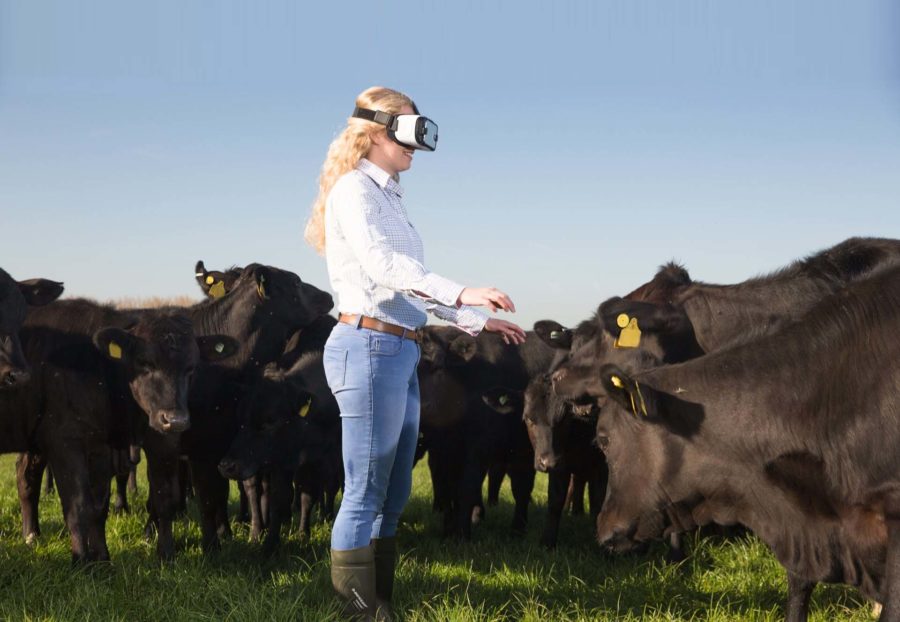 We’re giving farmers the opportunity to make their own 360° videos and to reach out to the world in a compassionate, direct and low-cost manner. Their moment has arrived-now is the time for millennial farmers and foods to start talking!
Flick on food

It’s becoming more and more clear how Millennials are contributing to the transformation of the food industry. That goes not just for agriculture, but along the whole chain of production, right up to trends around food experiences. The numbers show that digital natives better geared for success in the food and agriculture sector. In fact, from farming 4.0 to artificial intelligence, technology is an absolute must-have for the farmers of the future.

Young farmers under 35: the numbers

Over 55 thousand agricultural companies are run by under-35s in Italy, which places them in the top spot in the European Union for young people in agriculture. According to estimates by Coldiretti, their numbers are growing daily. In 2017, young people in farming were up by 6% from the previous year. Coldiretti calls the phenomenon “a historic move, unprecedented since the industrial revolution.” Their study “Ritorno alla Terra” (Return to the Land) reported the numbers in this race to the fields: 30 thousand young Italians applied for rural settlements in 2016 and 2017 under the EU’s  Rural Development Programme. Demand in those years alone exceeded predictions for the entire length of the plan until 2020 by around 44%. 61% of these young people reside in the south and the islands, 19% in central Italy, and the remaining 20% in the north. Sicily and Puglia are the top 2 regions, with 4,700 and 4,540 applications respectively.

Millennial Farmers have high rates of high-tech skills, according the data gathered by Coldiretti. Young farmers use more advanced agricultural technology and the web, one in four has a degree, and 8 in 10 are accustomed to traveling abroad – a detail that helps them keep their eye to the outside world and crack the international market, including for distribution. In addition, for every 4 farmers under 35, one is female. This is no longer an exclusively male sector – a growing number of female success stories are cropping up. Gender in the food industry was one of the issues that came up during the second day of Seeds and Chips 2018, during the panel The Power of Women in Food Innovation.

Innovation and sustainability are therefore some key words in a Millennial farmer’s business, as they show great interest in the environment and attention to social media. They set up educational activities around nutrition and the environment with local schools, offer services for agro-nannies and agro-nurseries, teaching farms, country trails for pet therapy and instructional gardens.

Artificial intelligence: why farming 4.0 is the future

The use of artificial intelligence and new technology in general is spreading throughout the food industry, from new growing methods to smart kitchens and the digital world of food influencers or foodies. The importance of this trend was also noted in the Food Innovation Summit by Marco Gualtieri, who dedicated space to this exact topic with How AI is Ushering in the New Era of Food Innovation. And it was no coincidence that John Kerry, 68th American Secretary of State also talked about technology at Seeds and Chips. The tech we need to feed the world is already here, we just have to start using it – this is the message he wanted to deliver from the summit stage.

And the conference We Millennials focused on digital natives ability to set food trends thanks to a combination of social interaction, social media, and innovative communication methods. Millennial farmers are leading this transformation of the food sector because they’re using precision agriculture, which means intelligent sensors in the fields and drones in the sky. They’re using big data and artificial intelligence to predict the spread of diseases, and they’re adopting all sorts of innovations throughout the production chain, like intelligent packaging and alternative foods (like algae and insects). And of course they’re using social platforms that connect farmers and consumers, all the way to food experiences. Technology can revolutionize the world of farming from another, less explored point of view – communication. We’re giving farmers the opportunity to make their own 360 videos and to reach out to the world in a compassionate, direct and low-cost manner. Their moment has arrived – now is the time for millennial farmers and foods to start talking!