The future of food after EXPO is innovation. Interview to Marco Guarltieri 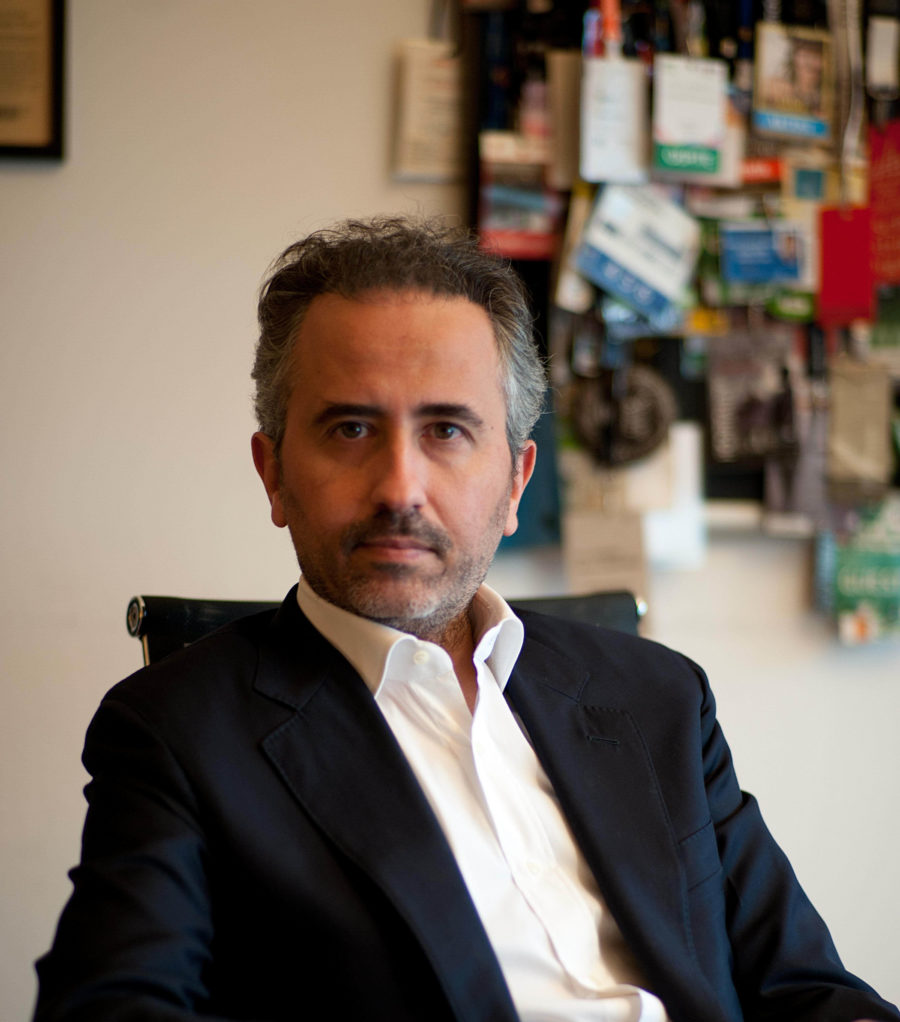 It´s clear that in the next ten years, the trend will be the “food and tech” duo. What we are not asking ourselves, however,  is how we as citizens, entrepreneurs, or just plain lovers of Italy, can deal with one of the most important challenges of our times: the After- Expo. Let´s ask this question to Marco Gualtieri, founder of Seeds&Chips, the first worldwide food event focused on the relationship between food and technology, and involved in the After Expo debate. In his 25 points, he has listed all the reasons why the Expo space should be transformed into a Food Valley.

Why the future for food is innovation and what does it mean in a country like Italy?

First of all, we are talking about a supply chain, that begins with agriculture and ends on our table, and that in every single step can suffer from an impact given by digital innovation. Let´s think about ¨precision agriculture¨ as a fundamental step otowards innovation and as something that neither small nor big producers can avoid any longer. Sensors, drones, software that give detailed and focused information give us the opportunity to intervene on small areas. There is no need to use pesticides or water randomly;  nowadays there are ways to prevent this even on a big scale. Let´s think about what happened in Tuscany and Apulia with xylella, it´s obvious that, if isolated, bacteria reproduce and spread faster, but nowadays there are ways to intervene and prevent. Today, precision agriculture allows us to take action before the bacteria is spread and already out of control.

When we talk about agriculture, we also talk about farm animals. For example, with simple sensors placed in the animal’s stomach, we can understand if a cow is healthy or not. Technology gives us the chance to intervene in a more focused way when needed, something that a few years ago was impossible.

Is  a change of mentality needed along with a technological change?

Absolutely. The resources of this country are tourism, culture and food farming, and they are all linked with each other, but we have a structural problem that is related to distribution. We don´t have a chain of Food Retailers that export our products outside Italy, like Carrefour, Auchan, etc. How do we solve this problem? We either open a retail chain, or we go digital. Even in this case, we are living in a situation that is constantly changing, because in 5 years there will be  800 million more digital consumers in the world. As Jeremy Rifkin underlines ¨from tomorrow on, who does not invest his success in a digital perspective is dead¨, but at the same time, the evolution wave has great potential, too.

I am pushing the Italian Government, which wants to increase the export of Italian agriculture to more than 50 billion in 2020, in this direction. Last July, I participated in an event to promote Italian Cuisine with 50 / 60 chefs, and I was astonished by the fact that  the word ¨digital¨ was never mentioned. I took a stand and reminded everyone that if the goal is 50 billion, we need to stimulate, accompany and give value to all the digital solutions, both startups and large companies such as Amazon, Alibaba, etc etc.

With regards to the latter, let me tell you a funny story about Jack Ma, the Founder of Alibaba. ¨One day the American ambassador went to him saying that he wanted to promote an agricultural American product in China, Californian cherries, but Chinese people had no clue to what they were¨. Thanks to Jack Ma, in a month more than 300 tons of cherries were sold in China. If we talk about food innovation, I can talk about IBM Watson, a cognitive food system, that learns from the information given to it, and then enhances this information. The reason why we haven´t brought it here is because it doesn´t speak Italian and doesn´t know Italian recipes. Our challenge is making it learn all the Italian recipes and then, with a click, buy them. You would be able to buy recipes from Cracco, Bottura, all the most important chefs in Italy.

Can we say that technology is opportunity and moreover visibility?

Certainly. How can an economy like Slowfood survive nowadays with this strong competition? Because it is able to make itself known, it is able to reach its clients; it may sound like a paradox but today, for a small producer, technology is the best possible ally. I will always remember the example that Carlo Petrini told me, about two Moroccan brothers living in the Sahara desert, an inconvenient place from a climate point of view, but thanks to technology, they were able to start their date production chain. Thanks to forecasting, they are able to know  climate conditions in advance, so they can improve their work.

As far as visibility is concerned, currently everyone can talk with the consumer in many different ways, and a consumer has the great opportunity to analyze the info received.

Before the food industry, technology changed the world of music. Could it be an advantage the fact that the food market doesn´t have the same level of industrial infrastructures and distribution?

I also think that this gap can be an advantage but only if we are conscious and we focus on something that we are respected worldwide for, meaning food. Music is a good parallel. Some years ago, an ¨apple¨ was mumbling something about music revolution and we were not listening, and we all saw how it ended. Let´s not make the same mistake with our apples and pears.  For example, the mpeg was create by an engineer from Turin but no one knows it.  If there had been a communication means like Internet at that time, it would have been different. Many are talking about a digital Renaissance in Italy, well I believe in it, and the After Expo can be a good occasion to prove it.

I predicted more than 20 million visitors for the Expo and it happened. But Expo doesn´t last just six months. We need to invest in projects that have a long lasting effect. We have two proposals: a food week, just like the fashion week, and the creation of an actual Food Valley. We need to make sure that a place like this becomes something that is based on innovation and experimentation.

What is the role of start ups in this innovation process?

Huge. Big corporations are not fast enough in accompanying the innovative process. Start ups must be listened to, accompanied and it is necessary to invest in their projects. Something is changing;  for the first time the prime minister asserted that this is the “start up” country. It was enough just to announce something regarding the future of Expo and suddenly all the investors worldwide were interested.

There is no digital information regarding food and ingredients. Could this be the right moment to invest in a collaborative wiki-food?

Expo made it possible for people all around the world to gather and talk about food. I think that it has started something important, even thanks to participants like Danielle Nierenber, founder of Food Tank, a movement in favor of small farmers and values like sustainability. Let´s say that Expo is creating a good foundation for something that still needs to happen. Our motto is  “Better food for more people”.

The American minister of agriculture said at Expo that food is the new frontier of technology. Something like that said by an American is emblematic. Sam Kass, Obama´s chef, convinced him and Michelle to adopt a radical change in nutrition, even through the realization of a home vegetable garden. The most famous chef in the USA shared some important data, like the fact that only 13% of Americans eat fruit and 9% vegetables. Very significant data that should make us focus on information, knowledge and quality. As far as food is concerned, we have something to teach to the entire World.

A new way of sharing knowledge, no longer in an encyclopedia way, but in line with the third millennium …

Now we can talk about food democratization thanks to Internet and technology. We talk about internet of food, because it is the impact offered by Internet that can bring about huge changes. As Bill Gates says, you can save the life of people in Africa with a smartphone, by giving information of what and how to grow and, moreover, about the ingredients.

Is Expo is a great opportunity for Milan, too, to change the image of this City?

I am from Milan and I will always stand by this city’s side, but I prefer to say that I love Italy. The truth is that Milan has hidden and unknown peculiarities that we should know about. It is the city with the highest number of consulates, more than New York, and with the highest number of different ethnic groups. The Milan cuisine is the only one that has three dishes that are officially recognized worldwide and this was told to me by Gualtiero Marchesi: risotto, cutlet and ossobuco. Moreover, Lombardy is the biggest agricultural region in Italy, one of the most productive areas in the world, but I am positive that we need to find a referent for all of ItalyItaly, not just single cities.

Any spoiler on Seeds and Chips 2016 and how Expo changed this event?

The choice of doing this before Expo 2016 was rational. We were talking about something that was not yet comprehensible. Instead, during Expo there were numerous events that proved how innovation is fundamental in the agricultural environment. Simultaneous translations and young people below 30 were not expected, but we had them during the first edition. In the next one, there will be 4 days dedicated to food, we will divide the exposition site according to the various areas of the food chain, an area of innovation, an area dedicated to the future market and startup awards.

I would like to stay in Marco Guatieri’s office, asking him a lot of questions,but also listening to his words, full of passion and hope for the future of our country. In my mind, I imagine the Food Valley, investors, producers and entrepreneurs that decide to gather in Italy, to set the base for a new way of doing business, and suddenly everything makes sense. Not just these six months, but the After Expo is definitely our big occasion.